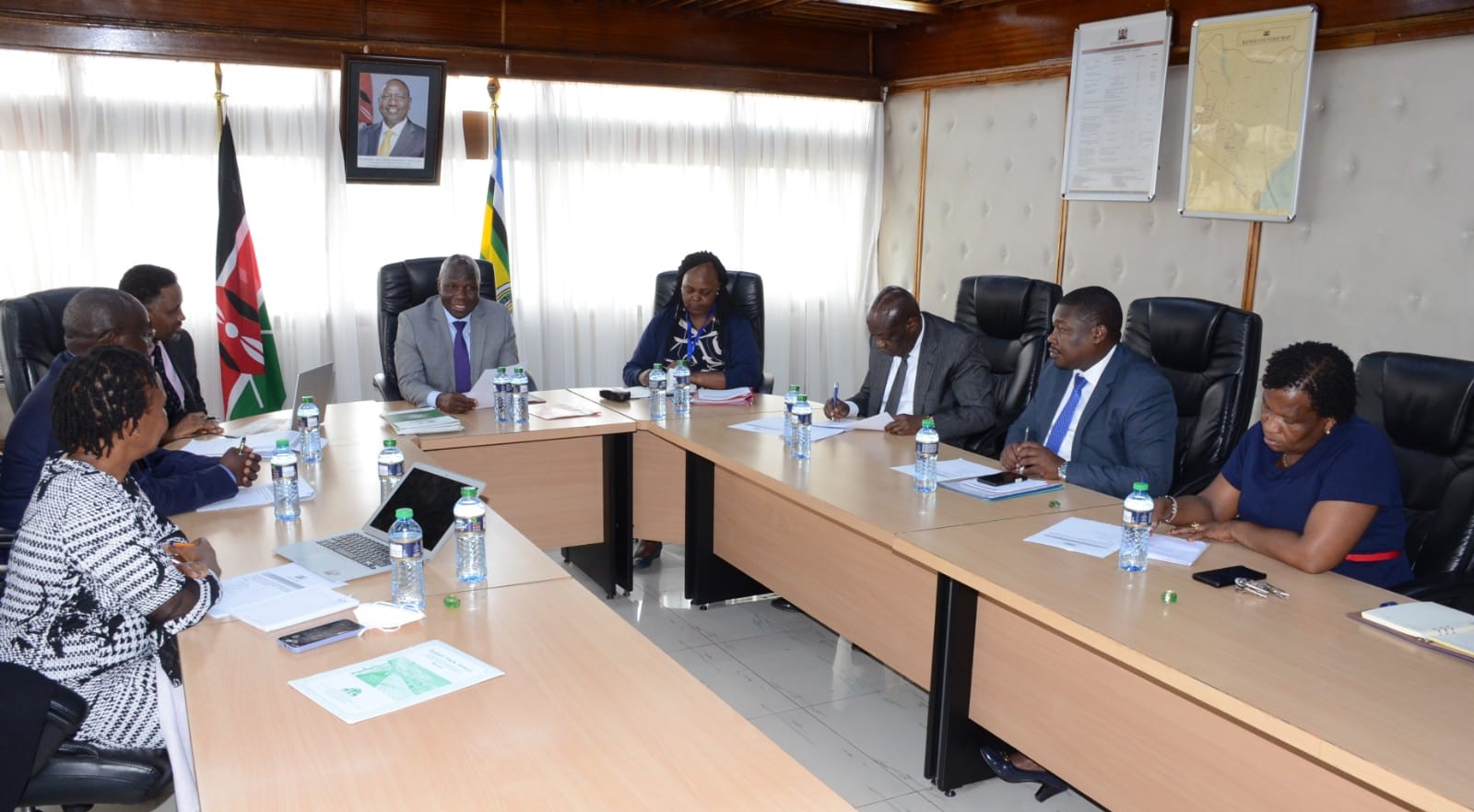 The two meetings that took place in the Treasury Building respectively were held as a follow up to the PS visit to the two organizations late last year. The meeting discussions were more focused on KIPPRA’s and NCPD’s Financial Status, the Mandate, aligning the Programmes priorities to the current Government Bottom Up Economic Model, and the Human Resources Management and Development issues.

During his remarks, PS Muhati emphasized the need for the SAGAs under the State Department for Economic Planning to work together as a seamless so as to improve on the services they are offering to Kenyans.
The PS added that the two organizations have very key and elaborate responsibilities that deal with the Country’s Population and Demographic Trends as well as providing Research Policy Reports that carry data which guides the Government to adequately plan and manage equitable distribution of the Country’s resources.